LAB member Dave Wilton updates us on his home made stir plate build:

With the help of the London Amateur Brewers (LAB) and a few web sites I recently made a simple stir plate for propagating yeast. I presented my findings and a demonstration of the stir plate at a recent LAB meeting.

The reason for creating a stir plate is to provide the yeast starter with a continuous supply of oxygen which is critical to yeast growth. You will get healthier and far more yeast growth if you provide a small, continuous source of oxygen, with a stir plate being the most effective method (White and Zainasheff, 2010).

The basis of a home made stir plate is a small fan with two magnets which are used to turn a stir bar (a corresponding magnet) within the yeast starter. Below is a list of components:

The stir bar is cylindrical due to advice on this post which suggests bars with a ring tend to be nosier. I didn’t find that a potentiometer was required with my setup although a number of others have used them.

The end of the adaptor and fan was cut and the two joined with electrical tape. I threaded the screws through the fan and secured in place with bolts.

Four more bolts would allow the height of the fan to be adjusted but I found that this wasn’t necessary. I widened the grooves in the internal mounting pillars with a drill (being careful not to go through the case) so that the screws could sit in to them. This secured the fan in place within the box.

I used a glue gun to attach a jam jar lid to the top of the fan which I packed with three pieces of cardboard to space the fan from the magnets. If the magnets are too close to the fan they interfere and slow it down. I turned the fan on to allow me to draw a circle to use to position the magnets.

The magnets were placed 8mm apart which is the size of my stir bar. I attached the magnets to the bar to use as a guide when gluing. I also drilled some holes in the side of the case to allow air to flow through the box and prevent heat build up (you can see them in the background of the above image).

The key is to find the distance and spacing that works for your setup and to make it as stable as possible. If it’s not stable the bar can become twitchy and jumps off.

Without a method to measure the vitality and viability of the yeast cells present in the home, it is difficult to empirically prove that the stir bar works. However, I can say that in recent brews I have used the stir bar to create starters of around 100ml of yeast overnight.  In the past I would make starters up days in advance, now just a day or two before brew day. Recent brews have all fermented without issue in 4-5 days and attenuated well.

Our next meeting is on Thursday 6th February 2020 at The Barrel Project, Bermondsey. More details on the announcement post » 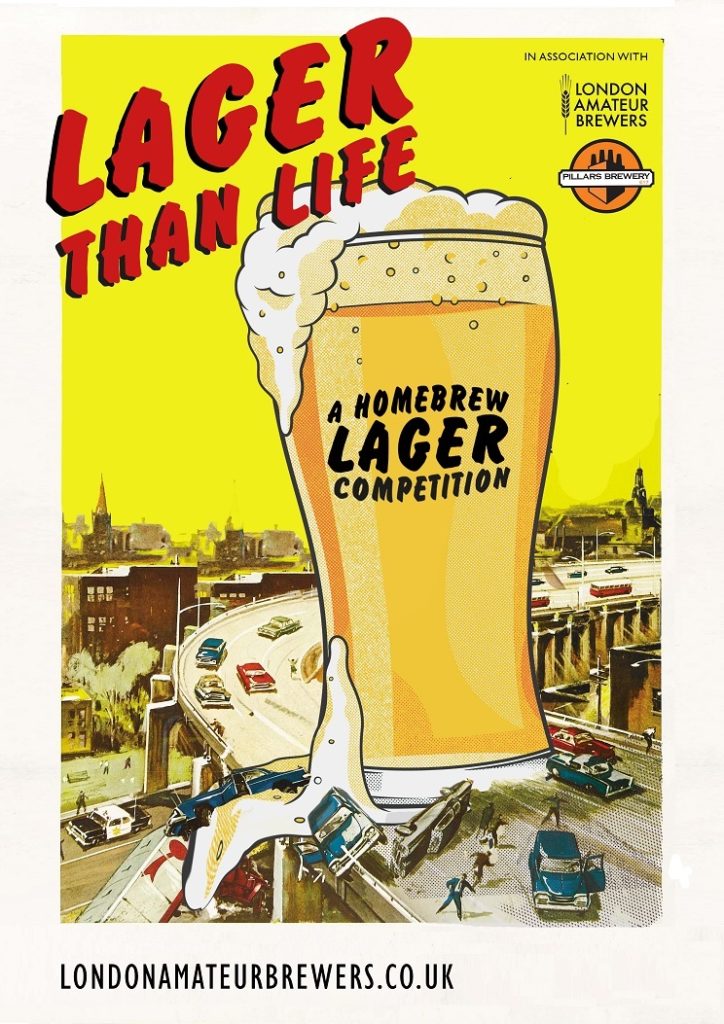 The next competition is Lager Than Life, on the 7th March. Places are full, but judges and stewards, or anyone who just wants to help out are encouraged to register!